Welcome to John Thornton’s Home page. My professional teaching and research career began in 1994 when I enrolled in an Honours  degree at Griffith University in Australia.   After completing a PhD in Artificial Intelligence in 2000 I became a full-time academic and now hold positions as an Adjunct Associate Professor at Griffith University’s Institute for Integrated and Intelligent Systems and as an Honorary Reader at the University of Sussex’s Department of Informatics in the UK.

I am also one of the founding members of the Philosophy Group at Free University Brighton where I have taught and convened courses on the phenomenology of consciousness since 2016. During my academic career I have published three books, two research theses, and more than 70 peer-reviewed journal and conference papers. In addition, I have supervised ten PhD students to completion and have been a chief or principal researcher in eight government-funded research projects. 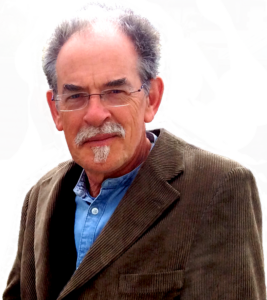 The site contains a digital selection of my life’s work to date. Under Research you can find nearly all my published and unpublished writings, (most of which can be downloaded for free). This material can be divided into two main subject areas: artificial intelligence research and phenomenological philosophical inquiry. Expanding on this, the Books page hones in on two of my most significant publications (The Questioning of Intelligence and The Foundations of Computing and the Information Technology Age).

The Teaching page then provides links to material developed for the three most recent philosophy courses I have taught at Free University Brighton (Introduction to Phenomenology, Science, Consciousness and the Brain, and Language and Meaning), and to lecture and tutorial material I developed to support The Foundations of Computing textbook at Griffith University.  I have also recorded several of the Free University philosophy classes, and provide links to these both on the Teaching page and on the Talks page.

If you are new to my work, and want to get a general idea of what I have to say, I suggest you read the beginning of the new book, The Questioning of Intelligence (see link below), and then listen to one of the introductory lectures on the Talks page. Finally, if you are interested, I provide a more personal biography in the About Me page.

New Book: The Questioning of Intelligence

I recently completed a new book – one I have been meaning to write for more than a decade. It contains a philosophical distillation of my experience of going to university in the late 1970s, dropping out,  joining the commune of an Indian guru, dropping out of that, returning to university, and becoming a full-time academic in the area of artificial intelligence. After that I spent nearly two decades studying phenomenological philosophy.

Despite these autobiographical details, the book is primarily a phenomenological exploration of what it means to be intelligent. As such it is an inquiry by intelligence, of intelligence, and is the culmination of my having studied intelligence, both artificial and natural, for nearly twenty-five years. There will be a book launch and book signing on Sunday 19th September 2021 at Exeter Street Hall, Brighton BN1 5PG from 2pm to 4pm. For more details follow this link. 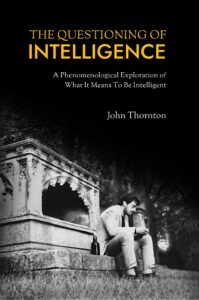 The task of publishing The Questioning of Intelligence is part of a larger project I am involved with: that of creating a publishing imprint for Free University Brighton, called FUBText. The Intelligence book will be the first volume in the Free University Brighton Philosophy Series and is currently being reviewed by the series editors Matt Lee and Charlie Blake. Our plan is to create an alternative low-cost publishing outlet for the free university movement that is not controlled by the technocratic managerialism that now dominates our public university systems. 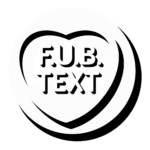 The idea of creating a publishing imprint for Free University Brighton occurred while I was writing The Questioning of Intelligence. My earlier experience of publishing a textbook with Pearson Education made me question whether I again wanted to use a mainstream publisher. For, in order to get published, I first had to sign over my intellectual property rights, despite being responsible for nearly all the work that went into creating the book. Pearson’s initial editorial and marketing input had been minimal – after which they took over printing and supplying the book to my students (and anyone else who was interested). For Pearson this was a no risk enterprise, as there was a captive readership of students who needed the material in order to complete the course it supported. At that time I was only too pleased with this arrangement. Not only did Pearson pay me 10% royalties, they took over all the logistical and financial responsibilities, and they gave me the status of having publishing with one of the major players in the industry – a status I traded on in climbing the promotional ladder to associate professorship. And now sales of the book have dwindled (due to my no longer teaching the course it supports) Pearson have unproblematically handed the copyright of the work back to me. So, to be clear, I have no problem with the way things went with Pearson.

But there are also significant drawbacks in publishing with a mainstream publisher, especially of you are not a ‘big player’. The first is the inflated price that is likely to be charged for your work. In the case of my Pearson book, most copies were sold through the local campus bookshop, at a price approaching $80 (Australian). Bearing in mind the book probably cost around $10 to print, you can see the kind of game that was being played out here: my students had to have this book in order to complete the course, and Pearson had a monopoly over its supply – hence they could set the price at the very limit of what an average student could afford. I had the kudos and the royalties, Pearson had their monopoly profits, and, in an often repeated story, it was the ones at the bottom of the pyramid who picked up the bill.

The second problem with a mainstream publisher is the question of profitability. Only a book that is going to sell in large enough numbers at a high enough price is going to be acceptable. That means your book is not going to be judged for what it has to say but in terms of its perceived marketability. This may be acceptable if you are writing primarily as a way to make money. But what if you have something to say about the situation in which we find ourselves, something new, something of value, that only a few people are going to understand and appreciate, perhaps just those few people in your immediate circle, in your local community?

Well, things have moved on since my experience with Pearson. It is now much easier and cheaper to publish using one of the many print-on-demand services that are available to everyone. And that means an author can now keep control of their work, and also of the prices that readers must pay to access that work. Of course, self-publishing also means that your work is likely to disappear in a sea of all the other unreviewed, self-regarding, self-published works that appear each day on Amazon. But clearly there is also an opportunity here, an opportunity to develop a model of publication that is not based on profit margins and perceived marketability. For print-on-demand technology means each book costs the same whether you print one or one thousand. And that allows for the creation of not-for-profit publishing houses that are primarily interested in the quality of the work they produce and not purely on the quantity.

Which brings us back to FUBText and the free university movement. The idea of FUBText is to bypass the world of commercial academic publishing, and bring matters back where they belong, in the community of scholars and students who create and absorb the work in the first place. What the print-on-demand revolution means is that we can now ‘cut the middle-man out’ and create our own publishing houses according to the needs of the community that we are serving – in this case, the free university movement. In this way, authors can retain control of their work, not just in terms of copyright, but in terms of exactly how the book is published, how it looks, how many copies are printed, where it is sold, and for how much. Ideally that means books will be much cheaper, because readers can purchase them directly from the author, cutting out that 50% chunk of income that goes to Amazon or its equivalent, and the second chunk that goes to the commercial publisher. For the model we are proposing is that each author retains complete control of the print-on-demand aspect of the publishing. All the Free University is concerned with is the editorial process – the acceptance and revision, or the rejection of a work, entirely based on its merit and relevance, and not on its commercial viability. For it no longer matters if a work sells ten or ten thousand copies – in print-on-demand there are no overheads except for a small initial set-up fee. After that, each book costs the same amount, regardless of how many you sell.

At the moment, my book, The Questioning of Intelligence is FUBText’s first experimental publication to see how things work out in practice. To this end we have created a Free University Brighton Philosophy Series, with Matt Lee and Charlie Blake as series editors, and with a growing collection of consulting editors and student reviewers. The book is still under review, as is the final structure of how we shall run FUBText, so all that has been said on this page is still somewhat provisional. Nevertheless, and one way or another, I expect to print the book using IngramSpark and have copies ready for sale on or before September 2021.